Lambeth Lions held their annual Memory Box fundraiser on October 22nd and it was a huge success. In addition to raising money to support our Memory Box program, many other initiatives are also supported, allowing the Lions to what we do - SERVE. Thanks to everyone who attended that made the evening such a huge success.

A very special thank you to the various health care workers from the London Children's Hospital for the extraordinary work done in helping this event succeed.
When children pass away, their final moments become the most personal, powerful and painful moments in the lives of their family.
​Creating memories and treasuring the keepsakes that are part of each child’s life journey becomes an integral part of support for families.
"When someone you love dies,
their life becomes a memory
and that memory
becomes a treasure.”
~Author Unknown
The Memory Box Program started in the Pediatric Critical Care Unit (PCCU) of the London Children's Hospital in 1996 with funding from the Harvey Sullivan Departmental Scholarship. The Memory boxes were designed and built by Robert Vosper. With funding from the Semkowski Family Foundation in 2005, this program expanded to include children and families from all areas of the Children's Hospital London.
In 2006, the Lambeth Lions Club took over the provision of these boxes for both the Neonatal Intensive Care Unit (NICU) and the Pediatric Critical Care Unit (PCCU) at the London Children's Hospital.
Our Memory Boxes are beautifully handcrafted from red oak, dovetail joinery highlight the attention to detail and craftsmanship.
These boxes provide a special place for the families to store keepsakes such as a bed card, photos, a lock of hair, a religious symbol, poems, care provider letters, a handprint, a casting of a hand or foot that provide treasured memories for families. We have the opportunity to help touch the lives of children and families in a very special way by creating Memory Boxes to support this valuable program.
Each MEMORY BOX takes approximately ten hours to complete.  Our major costs are for materials, some equipment and shop supplies. The members of the Lambeth Lions Club freely donate all labour, tools, most equipment, and of course their skilled craftsmanship. We produce on average about 70 MEMORY BOXES each year. Handmade with love & care. 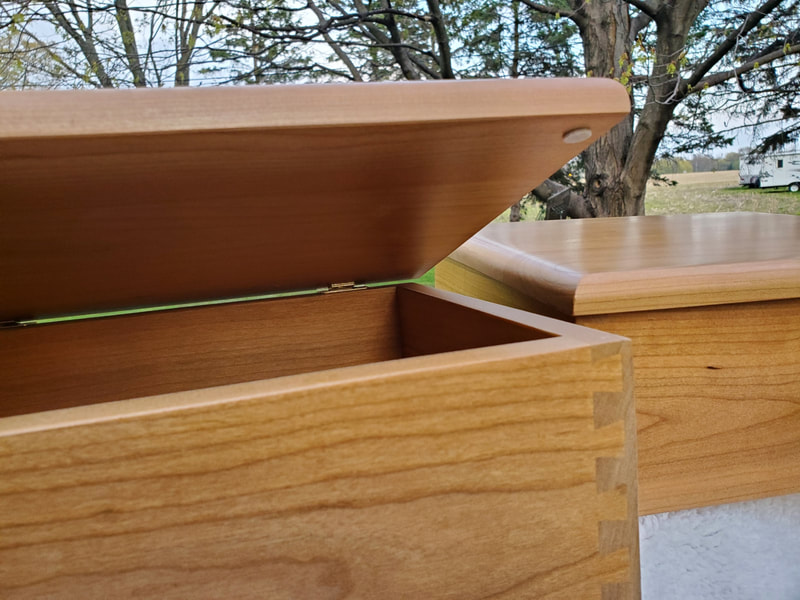 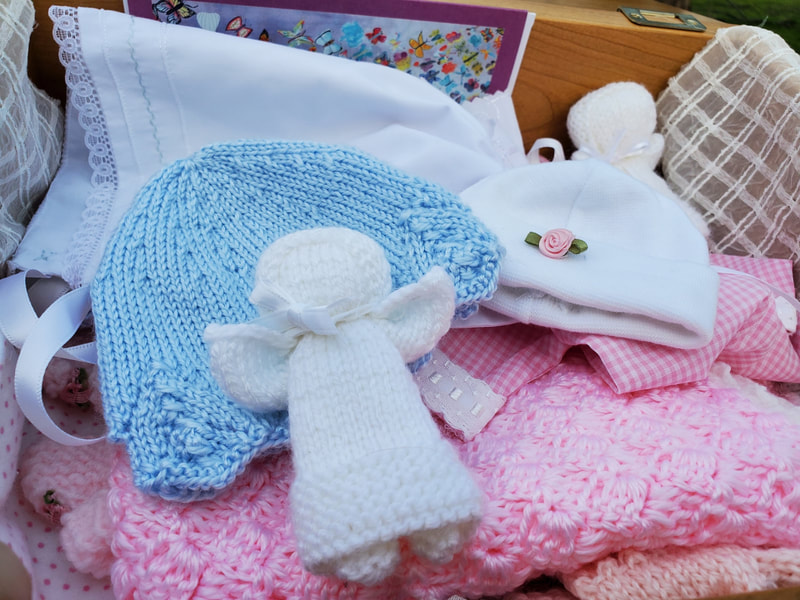 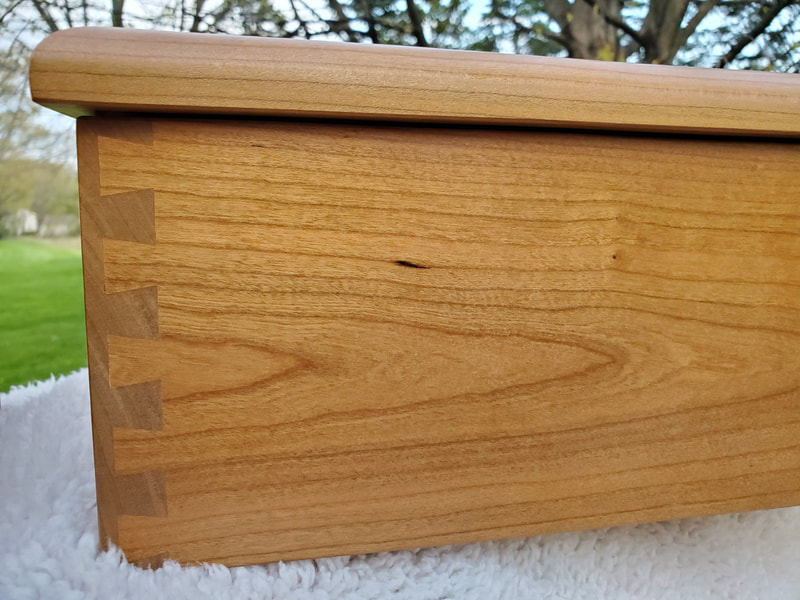 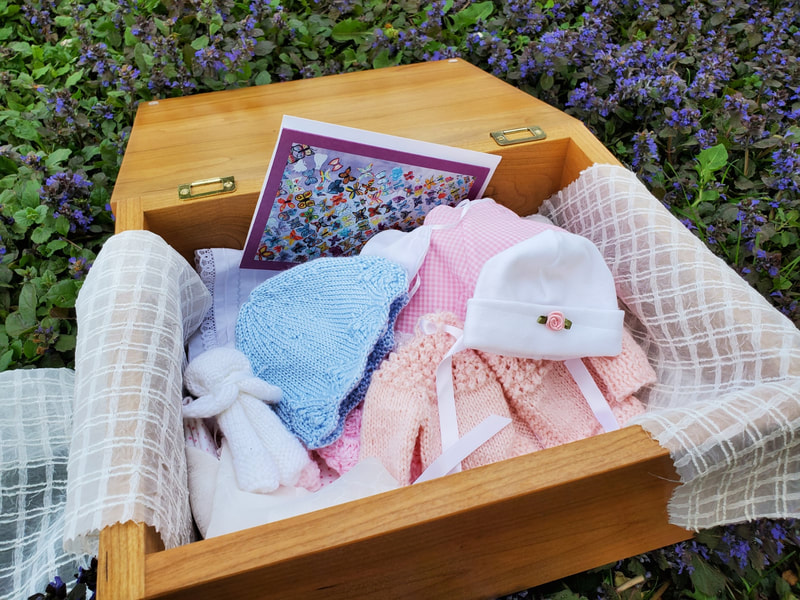 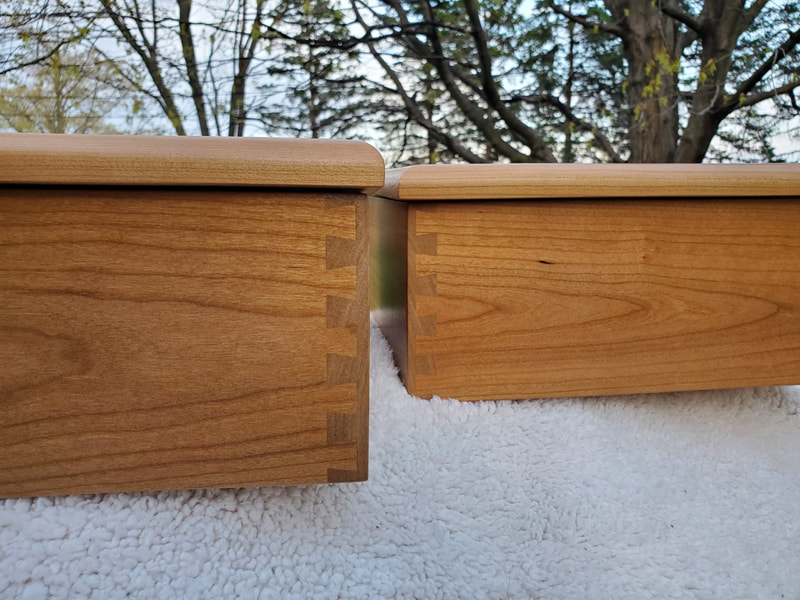 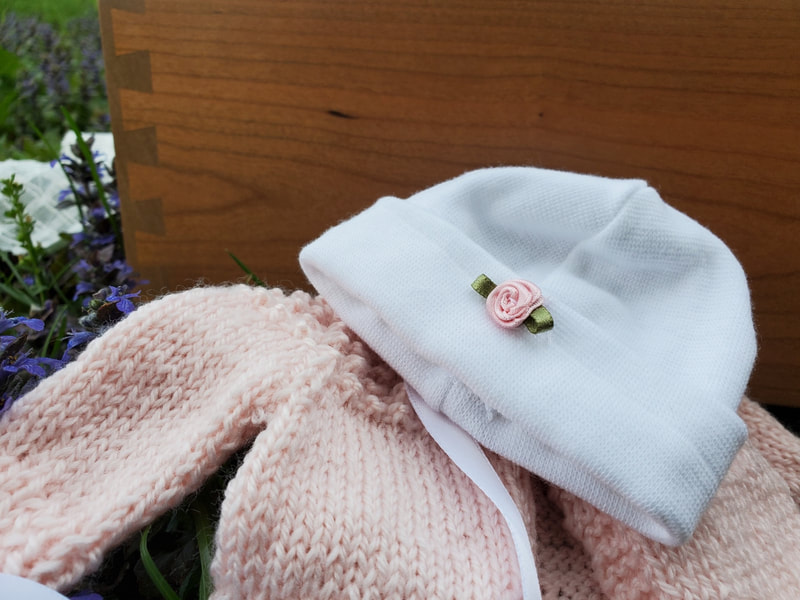 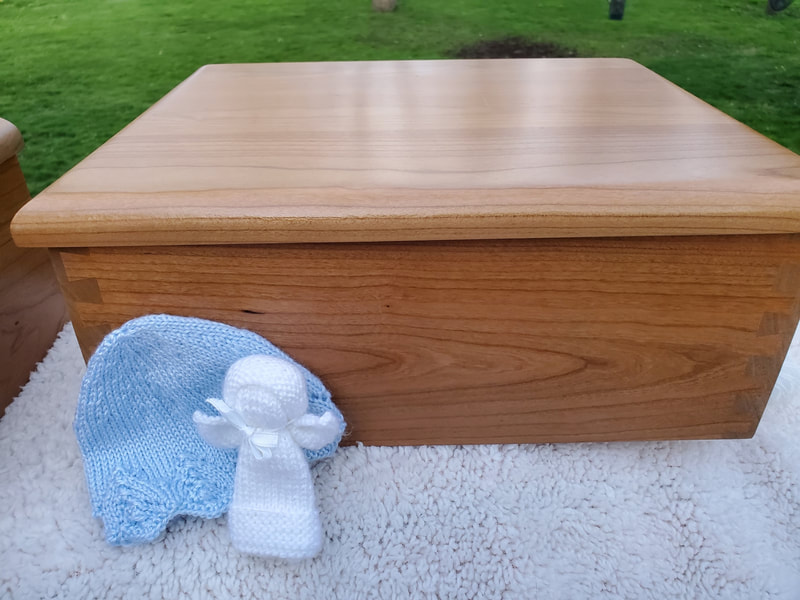 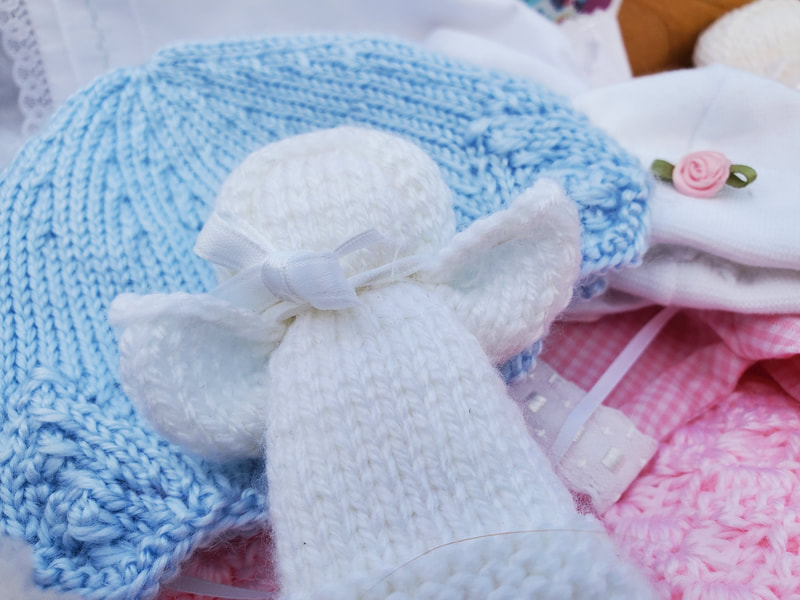 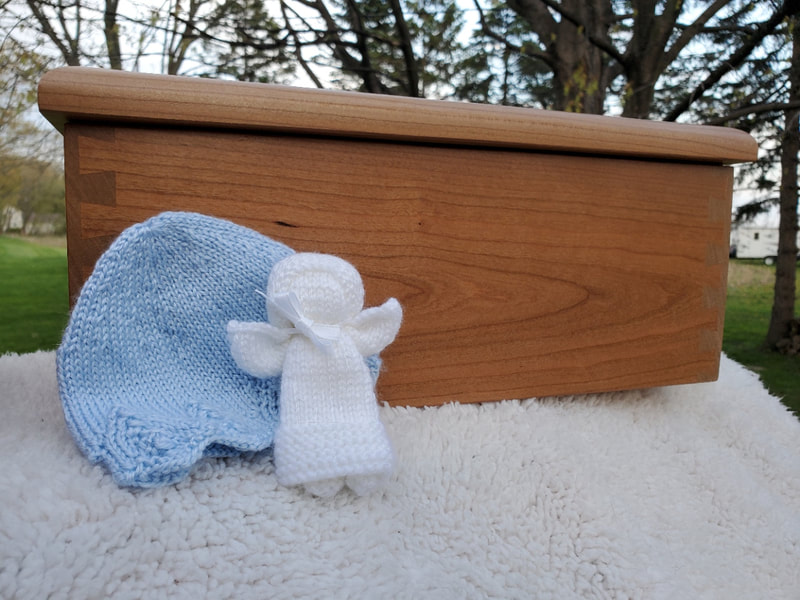 The Story of the Brown, Paper, Bag
At one of our Lambeth Lions Memory Box fundraisers, a social worker named Susan shared with us a story that began just shy of a half-century ago during a miserably cold, damp and dark winter day in Montreal. A father trudged through the snowy, slush towards the hospital to pick up the belongings of his little boy who had died. One can only imagine the loneliness, pain and sadness in his heart. When he arrived at the hospital to claim his son’s meager belongings the staff gave them to the father in a brown, paper bag. As he recently recounted, he took his son to the hospital and went home with a brown, paper bag. To this day he is filled with grief and sorrow as he recounts those memories. The pain has never gone away. It has only been numbed.

At this point in her story, those attending the fundraiser were silent in their sadness for that father and his family. It was at that point that Susan, the social worker told us, “that man was my father and that child was my brother”! There wasn’t a dry eye among the over two hundred people at the fundraiser. The point had been made.

That is how a paper bag brought a community together. The idea was to provide parents with a memory box to replace that paper bag. That box would hold treasures of their child so that loved ones could look at them, could smell them and hold them. For some parents, unfortunately the only thing they will take home from the hospital will be a memory box. But the box is more than just a box. It is a dovetailed oak box, lovingly handcrafted by the Lambeth Lions club members. It is their box that helps give dignity to the death of a child. It helps parents, siblings and relatives to grieve and to heal. It is something tangible for loved ones to treasure and to share with others.